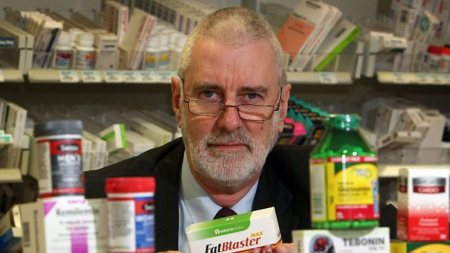 The Australian and New Zealand Association for the Advancement of Science has awarded Dr Ken Harvey the 2016 ANZAAS Medal.

The medal is awarded annually for services for the advancement of science or administration and organisation of scientific activities, or the teaching of science throughout Australia and New Zealand and in contributions to science which lie beyond normal professional activities. Previous winners of the medal include Sir Gus Nossal, Sir Mark Oliphant and Harry Messel. END_OF_DOCUMENT_TOKEN_TO_BE_REPLACED

OK – I admit I’ve been somewhat critical of the TGA in the past. However, in the spirit of fairness, when they do something right, I think I should say – hurrah!

As of the 29th of February, the TGA website announced:

The TGA will be making a final decision on the weight loss product, the SUPPREXXA Hunger Buster kit, after consideration of material provided by the sponsor, Chika Health Pty Ltd, in support of the claims made about the kit.

The promoter’s claims under scrutiny are that the product will:

The promoters also say it should be used:

…in conjunction with a healthy, energy controlled diet and exercise program.

To me, this looks like bait and switch advertising. Potential customers are seduced by the weight loss message, however, it may be that the only way weight is lost is by putting in the hard work with the diet and exercise program. Could potential customers simply not buy the kit (thereby saving $50) and END_OF_DOCUMENT_TOKEN_TO_BE_REPLACED

Where Did the TGA Reforms Go?

I think everyone is aware of the problem – magnetic underlays, ear candles, homeopathy and bogus weight loss products, to name but a few examples of modern day snake oil; products that make therapeutic claims but are unsupported by evidence that they work. The government agency responsible for protecting consumers from the greed and self-interest of quack medical products, the Therapeutic Goods Agency (TGA) appears powerless to stop it.

For quite some time there have been calls for change and the government appeared to be listening. With the SensaSlim scandal, the deaths of Gloria Sam and Penelope Dingle and the astonishing 90% level of non-compliance found with a random check of the ARTG by the Auditor General, changes seemed inevitable.

What happened? Where did the expected reforms go?

Cleaning up the Medicine Cupboard

Do you recall our story about the health giving jewellery that could be purchased from Qantas duty free? Dr Ken Harvey put in a complaint to the Therapeutic Goods Administration (TGA)’s Complaints Resolution Panel (CRP) about the same. The complaint was upheld; the CRP asked for the withdrawal of advertising.

Alpha Flight Services Pty Ltd also stated that, in response to the complaint, they had “acted promptly to withdraw all promotion of the products online” and had stopped selling the products.

In part the decision says:

The Panel was therefore satisfied that the advertisements contained many claims that had not been verified, were likely to arouse unwarranted expectations, and were misleading. These included the claims that the advertised products could improve heath, improve metabolism, improve or encourage blood circulation, expel toxins, reduce stress, improve sleep, lift alkaline levels in the body, neutralise acidic toxins, return the body to a natural state of balance, enhanced the immune system, reduce stress END_OF_DOCUMENT_TOKEN_TO_BE_REPLACED

The libel case brought by SensaSlim against Dr Ken Harvey is almost over, with SensaSlim eventually backing down.  The only remaining issue is one of costs.

Subsequent to the ACCC freezing SensaSlim’s Australian bank account, their lawyers (Kennedys) have withdrawn from the case; an external administrator / liquidator was appointed to take over the company on 30/06/2011; a revised statement of claim was not submitted by the final date allowed by the court (July 1, 2011) and my lawyers will now apply to have the case finally stuck out (and costs awarded) at the next sitting of the defamation list judge on July 11, 2011.

However, this is likely to be a pyrrhic victory as it is very doubtful if any money from the liquidator will be available to pay the costs awarded!

The case has highlighted some fundamental flaws in Australian regulation concerning complementary medicines and the promotion of therapeutic goods which have been the subject of many submissions to recent government enquires. Hopefully, some reforms will emerge.

In further news, the SensaSlim case has made news in the UK.  Dr Capehorn gives his thoughts as to what happened, here.

Dr Ken can now take the gag off.

SensaSlim and the IRI’s Borrowed Photographs

An update on the Dr Ken Harvey libel case. Plus the removal of photographs from the web page of the institute that is said to have done research supporting the product.

Much has happened regarding the libel case against Dr Ken Harvey since writing the last post on this topic.

On the 16th of June the ACCC began investigating SensaSlim. On the 23rd of June the ACCC applied to the federal court to put a freeze on SensaSlim’s Australian assets, which was granted. END_OF_DOCUMENT_TOKEN_TO_BE_REPLACED

The SensaSlim Libel Action Against Dr Ken Harvey. How Did it Happen?

After the last brief post about this issue, readers may be interested in the details, (as far as an amateur blog writer like myself can establish), as to what occurred between SensaSlim, the TGA and Dr Ken Harvey.

[Note: Links have been added to the end of this post to keep readers up to date with the legal case and to provide further reading.  Recently, this story has had significant coverage in the mainstream press.]

A whois search shows that the Sensaslim dot com web site was registered in February 2008.

A Queensland manager of a SensaSlim distribution operation says the company is owned by a Peter O’Brien.

The company was registered with the Australian Securities and Investments Commission (ASIC), on the 2nd of November 2009.

SensaSlim, as a product, was listed on the Australian Register of Therapeutic Goods (ARTG) on the 20th of September 2010.  The ARTG product number is 176003. Only the sponsoring company is listed “SensaSlim Australia Pty Ltd” at a Sydney address, no individual’s names are shown.

As has been stated before on this site, listing on the ARTG simply means that the TGA considers the product not likely to be harmful. The TGA does not test whether the product is effective, whether supporting evidence for the claims made by the sponsor exists, or whether the claimed underlying scientific mechanisms are real.

The claims as shown on the register include:

….contains Camellia Sinensis (green tea) which is an antioxidant containing caffeine to assist with thermogenesis.

Thermogenesis being the nice technical END_OF_DOCUMENT_TOKEN_TO_BE_REPLACED 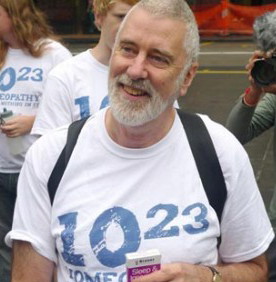 Dr Ken Harvey is well known to Vic Skeptics and readers of this site as a tireless campaigner against the sale of unproven medicinal products. His actions leading to adverse findings against the Power Balance Wrist Band have been well documented here. Now SensaSlim Australia Pty. Ltd have labelled Dr Harvey’s complaint to the Therapeutic Goods Administration about the promotion of their slimming product as “defamatory”. Their legal action, which seeks punitive damages has also successfully stalled the complaint process.

This podcast from ABC’s The Health Report discusses the use of SLAPP (Strategic Lawsuit Against Public Participation) writs and the deficiency in current legislation which permits their use against TGA complaints.

For a more comprehensive report and information about making a pledge to assist with Dr Ken Harvey’s legal expenses, please see this story on the Australian Skeptics national web site.

The audio from The Health Report featuring the interview with Dr Ken Harvey can be heard here: