The Great Debate: Evolution vs Creationism

This article first appeared as a Vic Skeptics discussion pamphlet and was first posted here in March 2011.

With Charles Darwin’s impending 208th birthday on February 12 it seems appropriate to revisit it.

One of the many amazing stories in the Bible is the story of The Great Flood.

Before The Great Flood Noah was commanded by his God to build an ark (a large boat) and to collect a pair of all the animals on Earth. The Great Flood wiped out all the other animals, including humans, and those on Noah’s Ark repopulated the Earth after the flood subsided.

Given our present knowledge of evolution, genetics, geology, physics and archeology, few people, even practising Christians, believe the story to be literally true. However there are some people who insist that all the Bible stories are literally true. As well as the story of Noah’s Ark they also believe that:

 The Earth and all living things on it were created in six 24-hour days.

 All present day animals are descended from those on Noah’s Ark.

 The theory of evolution is incorrect because it is not consistent with the Bible stories.

END_OF_DOCUMENT_TOKEN_TO_BE_REPLACED

If you are not yet familiar with the educational material you can download here, click on the “Useful Info” tab above.

END_OF_DOCUMENT_TOKEN_TO_BE_REPLACED 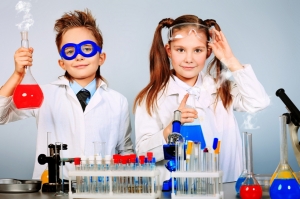 Vic Skeptics produces original classroom material, which we make available free.
It’s mainly aimed at Science teaching and learning, but it serves a wide range of topics and age groups.

We invite you to look over and sample our down-loadable .pdfs, which include:

Thursday February 12 is the 206th anniversary of the birth of Charles Darwin.

Darwin Day is celebrated around the world  by Skeptics and fellow free-thinkers. Here is an article by Rosslyn Ives which discusses Darwin’s life, work and continuing importance.

In Melbourne this year you will have at least three opportunities to participate in Darwin Day-related  events.

On Thursday February 12th Skeptics, Humanists and Progressive Atheists invite you to a Darwin Day Barbecue in the Boat Shed area of Studley Park. Here is a poster for that event.  https://vicskeptics.files.wordpress.com/2010/02/melbddposter2015.jpg

On Saturday February 14th Melbourne Freethinkers have a Picnic in the Park from 12 pm. Fitzroy Gardens, 230-298 Wellington Parade Melbourne 3002

Most of our teacher friends will already be familiar with Vic Skeptics’ Darwin Day Suite of classroom exercises. There’s something useful here for every year level from Primary to VCE. https://vicskeptics.wordpress.com/for-sale/stuff-for-teachers-education-resources/darwin-day-february-12-classroom-suite-of-exercises/