Religion and Science: a View

Earlier this year Terry Kelly was  interviewed by the RoyalAuto . It was a great opportunity to get the skeptical message out to the wider community.  However, with such a large readership the article was bound to have some detractors.

One letter took Terry to task for his views on religion and science, in particular the statement:

But really, science and faith are contradictory.

With due respect to the author of that letter, we’re not going to reproduce it.

We thought Terry’s response was worth posting.

Thank you for taking the time to write and I am pleased you read the article in RoyalAuto. While there were some hostile letters published afterwards, and a supportive one, I have to say that we have had a lot of formal and informal positive response. Several people I’ve spoken to expressed surprise that the article could be considered controversial at all. You may be alarmed to learn that a hell of a lot of people think like I do.

To address some of your points :  I know a lot of Scientists had/have religious and other superstitious beliefs. I think Newton believed END_OF_DOCUMENT_TOKEN_TO_BE_REPLACED

Don’t toss out your RoyalAuto just yet. Victorian Skeptics president Terry Kelly featured in a RoyalAuto article this month.

Amongst the car safety reviews and suggested holiday destinations, a four page interview style article about Terry and things of interest to skeptics. I found the writing and photography to be excellent and it’s always nice to see a good positive story in the press.

You can read the September 2010 article on-line. 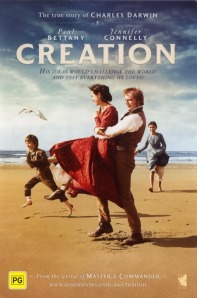 I saw a preview screening of this film, “Creation”  at the Nova. It was free for the privileged few who were offered tickets, for which I am most appreciative. Unfortunately I spent more than I intended because I almost immediately walked straight into Borders and bought a copy of the book, which was, apparently, the last one in the store.

The film is based on a book called “Annie’s Box; Darwin, his daughter and Human Evolution” by Randal Keynes, a great great grandson of Charles Darwin and a great nephew of John Maynard Keynes (the very famous Economist) – what a pedigree!

The copy of the book I bought is just called “Creation” because it’s a “tie in” with the film.

The film focuses on the human side of Darwin and the excruciating trauma of the death of his beloved eldest daughter, Annie, END_OF_DOCUMENT_TOKEN_TO_BE_REPLACED

A little while ago I posted about a book I’d just bought called “Conceiving God” by David Lewis-Williams.  I hadn’t read the book at that stage but I have now.
I just wanted to highly recommend it. I don’t think it’s in paperback yet and the hardback costs the best part of $50.  I’m not reviewing it but I thought I’d give people a bit of a taste. The title tells you what it’s about. People invented God. But why?

END_OF_DOCUMENT_TOKEN_TO_BE_REPLACED

Dr Bob’s quiz, known the world over as the most diabolically difficult quiz, has been cracked for the first time by our own Vic Skeptics El Presidente, Terry Kelly.  It’s not enough to answer the quiz correctly.   Your answer needs to be funny and correct.  And if it’s not correct, you need to find something wrong with the question or make Dr Bob crack up with fits of laughter so much that he gives you the points anyway.

See the results for February 2010. 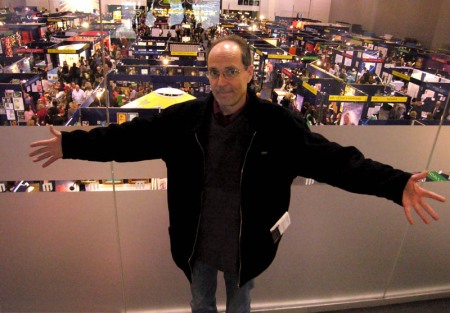